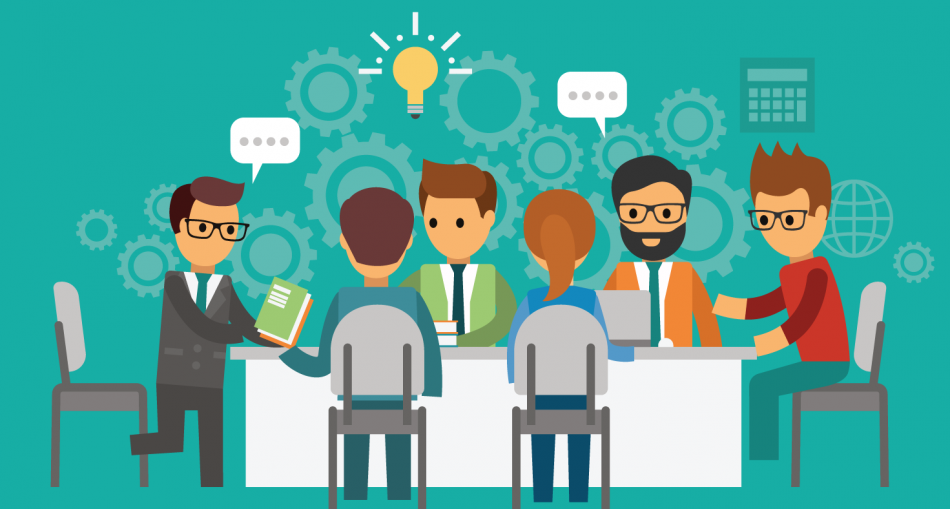 Company culture reflects self-identity or the DNA of a company. It is intangible, and it can be realized only from behavior, actions and approaches of employees.  I define it as “the values or ethics shared by a group of people to do things in a business.” A company can achieve any of its objectives when its employees are happy with their work environment and respond positively towards the company’s culture.  Employees feel happy with their jobs, enjoy their work and tend to thrive in an organization that creates a favorable work environment. They become more productive and give their sincere efforts to achieve objectives of the business if they are highly appreciated and truly recognized for their contributions.  But it is possible only if the company has a friendly work environment with a great company culture.

If you have a good culture, this increased visibility will work to your advantage, especially when it comes to recruiting and retaining talent. Companies with good reputations benefit from highly skilled candidates and they attract mostly the talent they deserve. A strong culture can elevate a company to a distinguished level which may not be able to compete in other ways.

I’ve been working in strategic direction for a decade in IT industry;   I found company culture was my first priority as a leader in any of startup or companies I have worked with.  From my experience, I know that a great company culture doesn’t happen overnight or on its own. It is an ongoing process; it takes time and significant efforts.

As a strategic thinker while working with HR departments, I have recognized seven key elements which may affect any company culture: behavior, value, belief, people, system, practice, and place.

A company culture highly depends on attitudes and behavior of those who are involved in the company.  A company cannot cultivate a good culture without employees having a positive attitude towards work and other co-workers. Business leaders must have a clear understanding of psychological and contextual factors that can affect behavior in the workplace. People observe carefully everything leaders are doing and if they are not exhibiting the behavior or etiquette that reflects the values, they won’t able to achieve their strategic ambitions.

A company must have a set of commonly-held values which will define the perspective of the company as well as its actions.  We can get an idea of a company culture and beliefs by its value statements which are a set of principles and ethics the company practices. These principles and ethics then guide the behavior of employees and they assist  the company in determining what is right or wrong and what they should or what should not. So, if a company wants to achieve its business objectives they must have clear value statements to which they want to adhere.

A belief may have significant impact on a company’s culture as well as behavior of employees and every decision made whether large or small.  The core beliefs a company chooses to use as foundation are a leverage point for achieving the company’s business objectives. They can help the company to change the culture and behavior to increase employees performance which can influence a workplace profoundly.

We can’t imagine a company’s culture without its people, whether it’s a small business or a large enterprise. From my point of view “we create a culture of the people, by the people, for the people”. For a company which has a great culture, managing people is easier and more effective in obtaining their objective than any company which is not managing a culture properly. People play a significant role in developing a strong culture and if the wrong people are hired, they can hinder a company’s activities by responding negatively towards company culture.  If a company hired people who are talented but do not exude the company’s stated culture, discriminate each other (based on race, group, ethnicity, religion etc) these people will not only degrade a company’s culture, they also destroy the reputation of a company which may highly impact hiring new talent and retain long-term employees. To create a winning culture, a company must also focus on the wellness and benefits of people.

A company may use various systems, frameworks or methodologies. For example: Agile methodology is the most popular methodology used in the software industry.  When an employee is not familiar with the system and doesn’t respond positively towards the system it degrades a company’s culture.  To build a strong culture, a leader will need to focus on training and development of employees to make them familiar with every system, framework or methodologies they expected to use in their workplace.

Practice is a kind of regulation that controls action or behavior of people while conducting any task. But, practices inconsistent with the core values will also degrade a company’s culture.  Practices are either internal within a company or external with those outside the company.

Location plays a vital role in creating a strong culture. Why does it matter? A great place to work means a positive work environment where employees will feel comfortable to perform work with their co-workers. Anything relating to a place including design, infrastructure, architecture, safety, security and geography can impact the values and behaviors of people in a workplace.

You can achieve any of your business objectives and create a strong company culture by focusing on the above key elements which will impact strongly a company culture.

Technosmith Limited is a software and IT Outsourcing company which provides Web design and development, SEO services in Bangladesh. We have the highly efficient team and experience of working with MNCs, SME’s and fastest-growing start-up companies as an end-to-end outsource solution partner for Strategic IT Consulting Services, Custom Software Development, Website design and development, Mobile Apps development, Powerpoint Presentation or Investor Pitch Deck, Digital Marketing and SEO Services that elevate your brands in ways you've never imagined. Understanding your business needs, we devise agile solution that helps your company or firm succeed in search engine optimization-SEO, digital marketing campaigns.
Our IT Consulting Services focus on clients’ most critical issues and opportunities across all industries of the Globe.